“Esa Peltola is extremely competent in successful business development. I am happy to be appointing Esa to lead the organisation and implement the company’s strategy,” says Carl Haglund, Chair of the Board of Directors at Nordic Rescue Group.

“I am very motivated by the new position. Highly skilled personnel and competitive products form an excellent foundation on which to build our future,” says new CEO Esa Peltola.

Nordic Rescue Group’s Board of Directors thanks Matti Huttunen for his contribution to the company. During his term as CEO, Nordic Rescue Group has, among other things, laid the groundwork for future growth and expanded to Sweden through an acquisition. 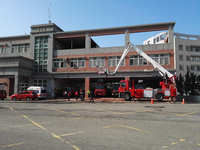 Medelpad Sweden has got a new VEMA 32 F

Vema 32 F is delivered to Svedala

VEMA 32 F has been delivered to the customer in Svedala in Sweden. Read more » 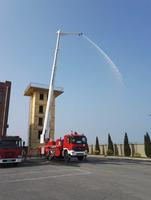